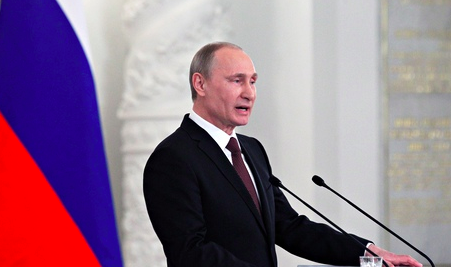 On Tuesday February 18, with the eyes of the global community focused on the Winter Olympics taking place in Sochi, violence between anti-government protestors and police broke out in Russia’s southwest neighbor, Ukraine.

The tensions that built up to cause this violence began a few months ago, when the Ukrainian government backed out of a trade deal with the European Union. This trade deal would have aligned the nation more closely with Europe and less with Russia and its former satellite status as part of the Soviet Union.

However, President Yanukovich took a deal with Russia, bringing the Ukrainian government large sums of money and strengthening its ties to Russia. This move greatly upset the people of Ukraine, many of whom wanted the country to distance itself from Russia. An opposition force formed and protests and clashes with government security forces followed.

The violence in Kiev that broke out on February 18 lasted a day and reached a total of 26 deaths before Yanukovich announced that he and opposition leaders had decided to negotiate terms for peace. This negotiation, though, did not last long and gunfire broke out on the morning of February 20.

By the next day, the death toll had risen to 67 and the opposition forces began insisting that Yanukovich immediately step down from office. After this point, the violence got increasingly worse, forcing Yanukovich to flee Ukraine. The opposition forces then issued a warrant for his arrest on charges of mass murder for what occurred during the protests and chose a new prime minister, Arsenic Yatsenyuk. However, Yanukovich insisted that he was still in charge.

Meanwhile, Russia sent 150,000 troops to the Crimea, claiming that the troops were sent there for basic training. Crimea, a peninsula that technically was part of Ukraine but was historically Russian, is filled with pro-Russian separatists. On February 27, Russian troops occupied two airports in the area and raised Russian flags. On March 3, Russia non-violently invaded the area and on March 7, Crimea officially seceded from Ukraine and joined Russia.

Though fighting in Kiev has calmed down, this conflict is far from settled. Allie Primak, Group XI, and her family have been in constant contact with their relatives living in Ukraine. According to Primak, “Since the conflict erupted, they [her parents] speak to each other [their Ukrainian family] every day, sometimes multiple times per day.”

Primak’s mother’s cousin, Irena, who lives in Kiev, informed them that, “So far changes are not in the agenda. In fact, the feeling was quite safe even during the revolution, but it all changed when the Russian troops invaded Crimea. Hopefully, the peaceful and internationally supported diplomatic approach would be enough to stop any further development.”