Or: The Summer When One Writer Just Couldn't Decide 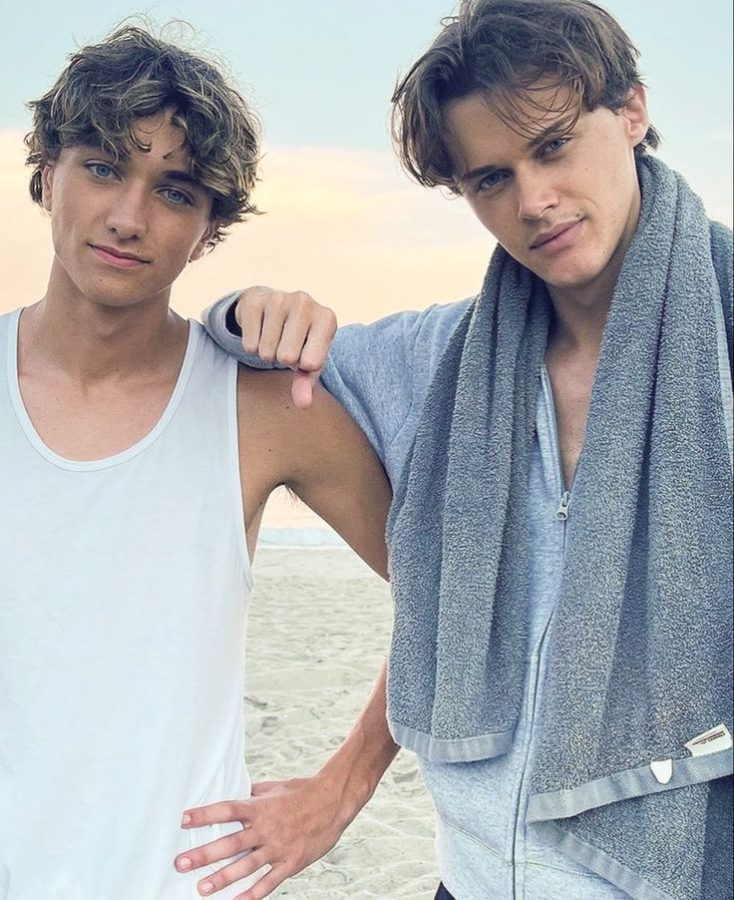 It’s almost impossible to think about summer 2022 without remembering the release of multiple new shows and seasons. Stranger Things, Never Have I Ever, Love Island, and Riverdale are just a few examples. But the show that really took first place (in my opinion) is The Summer I Turned Pretty. As someone who never read the books, the series released on Amazon in June was brand new to me. Thank God I was forced to watch it by friends. The show takes you through the story of Isabel Conklin, a teenager who travels to Cousins Beach every summer with her mom and brother along with her family friends: Jeremiah and Conrad. But this summer is different.

Belly (Isabel) has grown up. And as her best friend, Taylor, tells her in the first episode, “You look a lot different than last summer, Belly.” We also learn in the first episode that Belly has had a crush on Conrad since she was little. Belly hopes this summer he’ll see her as more than a friend. When the Conklins get to the summer house where the boys and their mom Susannah are waiting for them, you can already sense the tension. But is it between Belly and Conrad? When Belly gets out of the car, Jeremiah runs up to her and is visibly shocked as to how different she looks: “Look who’s come back all grown up!” But when Conrad makes his entrance: Taylor. Swift. Starts playing. (This happens frequently throughout the show.) You can hear “Lover” playing softly as Conrad emerges from behind the house. He is mysterious, just as the song claims. Here is when I knew I was Team Conrad no matter what. After all, you never really lose feelings for your first childhood crush.

What I want to talk about is if Conrad or Jeremiah would actually be better for Belly. I’ll go through factors like attractiveness, emotional availability, etc. So please sit back, relax, read, and jump on Team Conrad.

The first categories are physical attractiveness and personality. (From Belly’s eyes!) Right from the beginning of the show, as I’ve already mentioned, we learn that Belly has always had a crush on Conrad, making him more attractive in her eyes. Being quieter and more reserved, Conrad has a mysterious nature to him that Belly seems to like. On the other hand, Jeremiah is confident, playful, and upfront with his feelings. The iconic Are We Still Friends? scene in Episode 5 shows this perfectly. The scene genuinely shook me. I was 100% Team Conrad until this scene came on. Belly had been trying so hard to get Conrad, while all this time, Jeremiah had been waiting for her. Ugh. Such a great scene. In terms of physical attractiveness, Belly never really mentions anything about Jeremiah’s looks, while we know she has always liked Conrad. Thus, Conrad wins that category. Jeremiah definitely has a personality that is better suitable for a relationship.

Emotional stability and availability! Going to say it right off the bat: Jeremiah. While Conrad is closed off and unclear about how he is feeling, Jer is outgoing, making him more open about his feelings towards Belly. Because he hasn’t learned about his mom’s declining health until the end of the show, unlike Conrad, he is certainly more stable. But he’s immature. He shoots off fireworks when Belly and Conrad are about to kiss (hated that scene), and he has a childlike approach to everything. When he sees Belly with any other boy, he gets jealous. He excessively makes fun of Cam and would be overprotective as a boyfriend. Conrad might be more mature, but he has some serious issues. After finding out about his mom’s health, losing his girlfriend, and quitting football, everything seems to be falling apart for him. Although everyone watching sees the chemistry between him and Belly, he shies away from it and pursues Nicole despite his obvious feelings for Belly. As for mental health: not good. From smoking early in the morning on the beach to having panic attacks on the sailboat while talking to Cleveland, Conrad seems to be entirely emotionally available. Jer might resemble a golden retriever puppy, but he is stable and, as much as I hate to say it, better for Belly.

So what have I learned in writing this? Maybe Jeremiah is better for Belly, but Conrad will always have that childhood crush charm to him. He has amazing chemistry with Belly, and if he figures himself out, maybe it could work out. (Again, I haven’t read the books so I’m not sure what happens.) But for now, in terms of stability, Jer trumps Conrad. The man knows what he wants. I’m still Team Connie though.